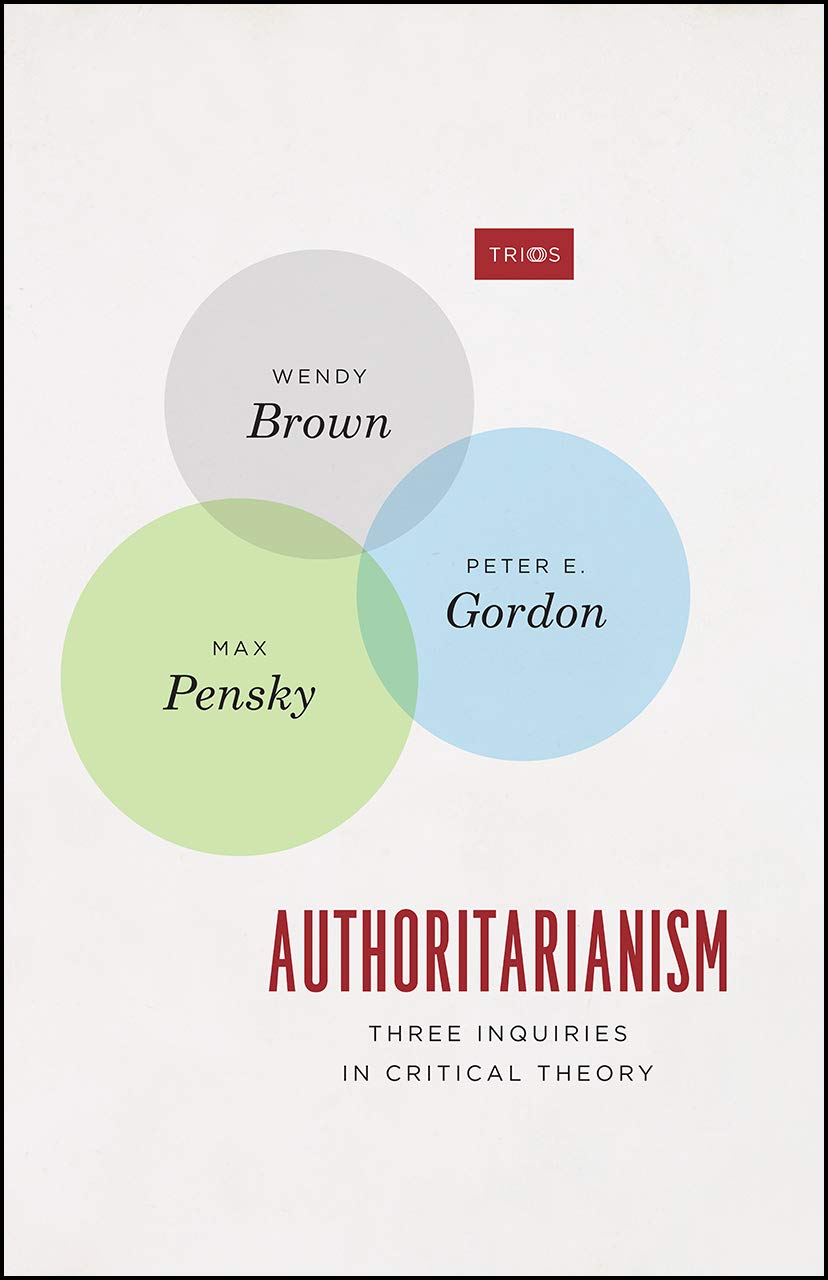 
Across the Euro-Atlantic world, political leaders have been mobilizing their bases with nativism, racism, xenophobia, and paeans to “traditional values,” in brazen bids for electoral support. How are we to understand this move to the mainstream of political policies and platforms that lurked only on the far fringes through most of the postwar era? Does it herald a new wave of authoritarianism? Is liberal democracy itself in crisis? In this volume, three distinguished scholars draw on critical theory to address our current predicament. Wendy Brown, Peter E. Gordon, and Max Pensky share a conviction that critical theory retains the power to illuminate the forces producing the current political constellation as well as possible paths away from it. Brown explains how “freedom” has become a rallying cry for manifestly un-emancipatory movements; Gordon dismantles the idea that fascism is rooted in the susceptible psychology of individual citizens and reflects instead on the broader cultural and historical circumstances that lend it force; and Pensky brings together the unlikely pair of Tocqueville and Adorno to explore how democracies can buckle under internal pressure. These incisive essays do not seek to smooth over the irrationality of the contemporary world, and they do not offer the false comforts of an easy return to liberal democratic values. Rather, the three authors draw on their deep engagements with nineteenth–and twentieth–century thought to investigate the historical and political contradictions that have brought about this moment, offering fiery and urgent responses to the demands of the day.

The Protestant Ethic And The Spirit Of Capitalism | Max Weber

Food Of The Gods | Terence Mckenna

The End of Bias | Jessica Nordell

The Everyday and Everydayness | Henri Lefebvre

Speaking the Truth About Oneself | Michel Foucault