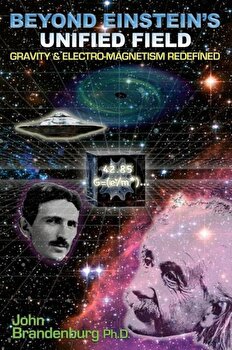 
Veteran plasma physicist John Brandenburg reveals the new theory that finally accomplishes what Einstein failed to do: the GEM Unification Theory proves the mathematical and physical interrelation of the forces of gravity and electromagnetismThis theory vindicates Einstein's dedication to unifying the fields in the final labor of his life. His quest became legendary, then mythic, until the whole idea was dismissed as myth by other physicists; the gravity-electromagnetism problem pursued by Einstein until his death became regarded like the ancient Greek problem of squaring the circle-an epic puzzle with no solution. But the other physicists were wrong, as Brandenburg shows. It turns out the fields can be unified-the circle can be squared-and this has vast implications for the future of humankind. Brandenburg starts out by tracing the evolution of thought on the two long-term forces of nature, gravity and electromagnetism, from ancient times to the modern day. He shows the intricate interweaving of Einstein's work with that of other physicists, including Sarkharov and his ``zero point`` theory of gravity and the hidden fifth dimension of Kaluza and Klein. He also traces the surprising, hidden influence of Nikola Tesla on Einstein's life. This book shows how, despite Einstein's errors in the details, the successful GEM Unification Theory is built on his basic hypothesis that gravity and electromagnetic forces could be unified, and that both controlled gravity and a new view of the cosmos follow: hydrogen, the basic building block of the universe, can be unified with the vacuum itselfThe universe is self-renewing, a sort of ``evergreen cosmos.`` Brandenburg describes control of space-time geometry through electromagnetism, and states that faster-than-light travel will be possible in the future. Anti-gravity through electromagnetism is possible, which upholds the basic ``flying saucer`` design utilizing ``The Tesla Vortex.`` A must read for any person interested in UFOs and leading-edge physics. See the physics used at Area 51 explained

There's a Spiritual Solution to Every Problem, Paperback/Wayne W. Dyer

You Have 4 Minutes to Change Your Life: Simple 4-Minute Meditations for Inspiration, Transformation, and True Bliss, Paperback/Rebekah Borucki

A Medical Intuitive Reveals the Wonders of Purslane, Paperback/Elsie Belcheff

Everyday Herbs in Spiritual Life: A Guide to Many Practices, Paperback/Micheal J. Caduto

There Are No Sad Dogs in Heaven: Finding Comfort After the Loss of a Pet, Paperback/Sonya Fitzpatrick

The Witch's Spellbook: Enchantments, Incantations, and Rituals from Around the World, Hardcover/Sarah Bartlett

I Ching: The Essential Translation of the Ancient Chinese Oracle and Bookof Wisdom, Paperback/John Minford

The Art of Healing: Uncovering Your Inner Wisdom and Potential for Self-Healing, Paperback/Bernie S. Siegel

The Journey: A Practical Guide to Healing Your Life and Setting Yourself Free, Paperback/Brandon Bays