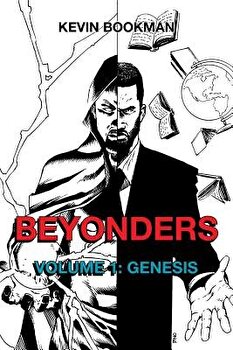 Description A frightened world has come to realize that humans are no longer the dominant race on the planet. Another species has come forth. These new beings would be called Beyonders. Out of fear and hatred, the governments of the world came together to form a lethal team of highly qualified agents to protect the human race through any means necessary. Led by the sinister Edward Von Joseph, the World Security Taskforce would go on to terrorize and, in many instances, eliminate Beyonders without hesitation. However, not all Beyonders are vulnerable. Some have abilities that surpass the persecution of the taskforce. One in particular may be the greatest threat the world has ever known. Is he a friend or a deadly foe? The continued existence of mankind hinges on that answer. This is a story filled with exquisite beings of ethnical backgrounds and cultures with abilities unlike any others before them. A fight for survival in a hostile world where they're both hated and hunted simply for being different. Existing in a society without rights or protections, Beyonders must decide to either live in fear or personify it. A vast combination of incredible characters, traditional monsters, and wicked plots compose this first in a series of five books a must-read. Welcome to the world of Beyonders.