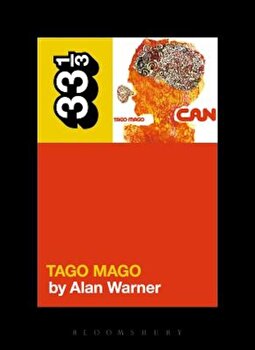 
Finally, a brilliant exploration of the German rock band Can's 1971 album Tago Mago . This hugely unique and influential album deserves close analysis from a fan, rather than a musicologist. Novelist Alan Warner details the concrete music we hear on the album, how it was composed, executed and recorded--including the history of the album in terms of its release, promotion and art work. This tale of Tago Mago is also the tale of a young man obsessed with record collecting in the dark and mysterious period of pop music before Google. Warner includes a backtracking of the history of the band up to that point and also some description of Can's unique recording approach taking into account their home studio set up. Interviews with the two surviving members: drummer Jaki Liebezeit, keyboardist Irmin Schmidt and bassist Holger Czukay make this a hilariously personal and illuminating picture of Can.

Rhythm in the Rain: Jazz in the Pacific Northwest, Paperback/Lynn A. Darroch

Down the Rhodes: The Fender Rhodes Story/Gerald McCauley