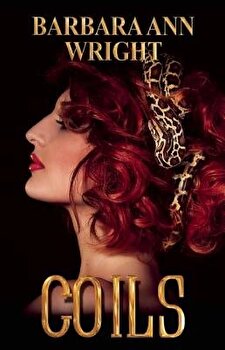 
Cressida loves Greek mythology, tales of gods and monsters, but she knows they aren't real no matter how awesome it would be to meet the beautiful women of myth. When her aunt June disappears, Cressida realizes the other members of her family aren't so rational. June's notes point to a possible entrance to the fabled Underworld before they cut off completely. Following June's footsteps leads Cressida into a world she knew only as legend, a place of marvels and danger, where the living are highly prized by the dead. Desperate, Cressida turns to Medusa, a demigoddess who's been maligned by myth, but everything in the Underworld comes with a price. Medusa is more than willing to help find June, and all it will cost Cressida is one little murder. About the Author Barbara Ann Wright writes fantasy and science fiction novels and short stories when not ranting on her blog. The Pyramid Waltz was one of Tor.com's Reviewer's Choice books of 2012, was a Foreword Review Book of the Year Award Finalist and a Goldie finalist, and won the 2013 Rainbow Award for Best Lesbian Fantasy. A Kingdom Lost was a Goldie finalist and w on the 2014 Rainbow Award for Best Lesbian Fantasy Romance.

If Not for You, Paperback/Debbie Macomber

All That Makes Life Bright: The Life and Love of Harriet Beecher Stowe, Paperback/Josi S. Kilpack

Out of Body, Paperback/Suzanne Brockmann

The Corner of Holly and Ivy: A Feel-Good Christmas Romance, Paperback/Debbie Mason