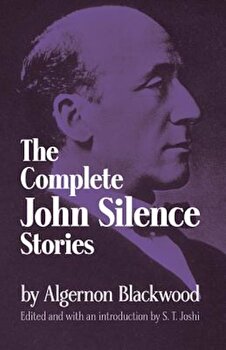 
One of the former British writers of supernatural tales in the twentieth century, Algernon Blackwood (1869 1951) wrote stories in which the slow accumulation of telling details produced a foreboding atmosphere of almost unendurable tension. Blackwood's literary renown began in 1908 with the publication of a highly successful collection of stories, John Silence Physician Extraordinary , featuring a "psychic doctor." This volume contains all five of the John Silence stories from the 1908 edition plus one additional tale. Edited and with an informative introduction by S. T. Joshi, noted occult fiction authority, the stories include "A Psychical Invasion," in which Silence is summoned to a house apparently haunted by former tenants. In "Ancient Sorceries," he encounters a man who tells of strange experiences in a small French town; and in "Secret Worship," an ill-starred character is rescued from spiritual and perhaps physical death. "The Nemesis of Fire," "The Camp of the God," and "A Victim of Higher Space" conclude this collection of spellbinding tales, which will delight any devotee of "weird" literature."

Lord of the Horizon/Joan Grant