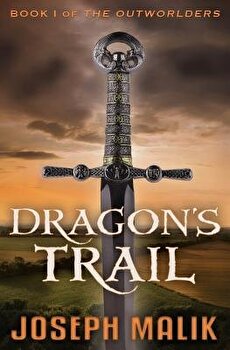 Contributor(s): Author: Joseph Malik "I didn't come here to sell my soul. I came here to buy it back." Once dubbed "The Deadliest Man Alive," Jarrod Torrealday is a former Olympic saber hopeful and medieval weapons expert banned from competition for killing another fencer in a duel. A young sorcerer from another world offers Jarrod the gig of a lifetime and a shot at redemption: advisor to the war council for a magical realm teetering on the brink of collapse, with a foreign army massing just beyond its borders. Swept into a treacherous and deadly world of intrigue and conspiracy, Jarrod soon learns that the enemy mastermind is also from Earth, and has laid the foundations for a new kind of war. Seamlessly blending hard science with elements of classic sword and sorcery, Dragon's Trail is an international bestseller that's being hailed as the pioneering work of a new genre: the Fantasy Technothriller.