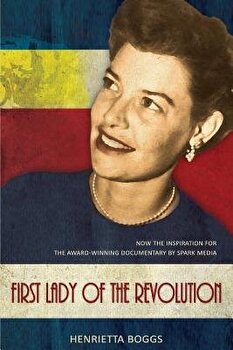 While visiting an aunt and uncle in the exotic countryside of Costa Rica, a young Southern Belle from Alabama accepted a ride on the back of a motorcycle driven by a charismatic local farmer - a ride that would propel her down narrow mountain roads and into history. First Lady of the Revolution is the remarkable autobiography of Henrietta Boggs-MacGuire, who met and married the man who would transform Costa Rica. With Do a Henrietta at his side, Jos "Don Pepe" Figueres' 1948 Revolution ended not in a military dictatorship, but in a lasting model democracy and economic success in a region known for neither. Their love story marked the beginning of an era that ushered in dramatic reforms - including abolishing the military, giving women and minorities the right to vote and participate in the political process, and laying the groundwork for the high literacy rates and environmental policies that exist in Costa Rica today. Henrietta's rare and riveting eyewitness account of hemisphere-rocking events is now the inspiration for the award-winning documentary, First Lady of the Revolution.