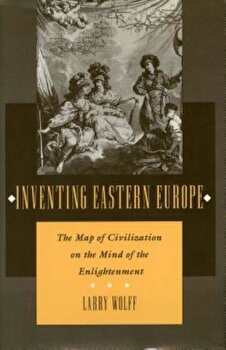 Inventing Eastern Europe: The Map of Civilization on the Mind of the Enlightenment, Paperback/Larry Wolff


This is a wide-ranging intellectual history of how, in the 18th century, Europe came to be conceived as divided into "Western Europe" and "Eastern Europe." The author argues that this conceptual reorientation from the previously accepted "Northern" and "Southern" was a work of cultural construction and intellectual artifice created by the philosophes of the Enlightenment. He shows how the philosophers viewed the continent from the perspective of Paris and deliberately cultivated an idea of the backwardness of "Eastern Europe" the more readily to affirm the importance of "Western Europe."