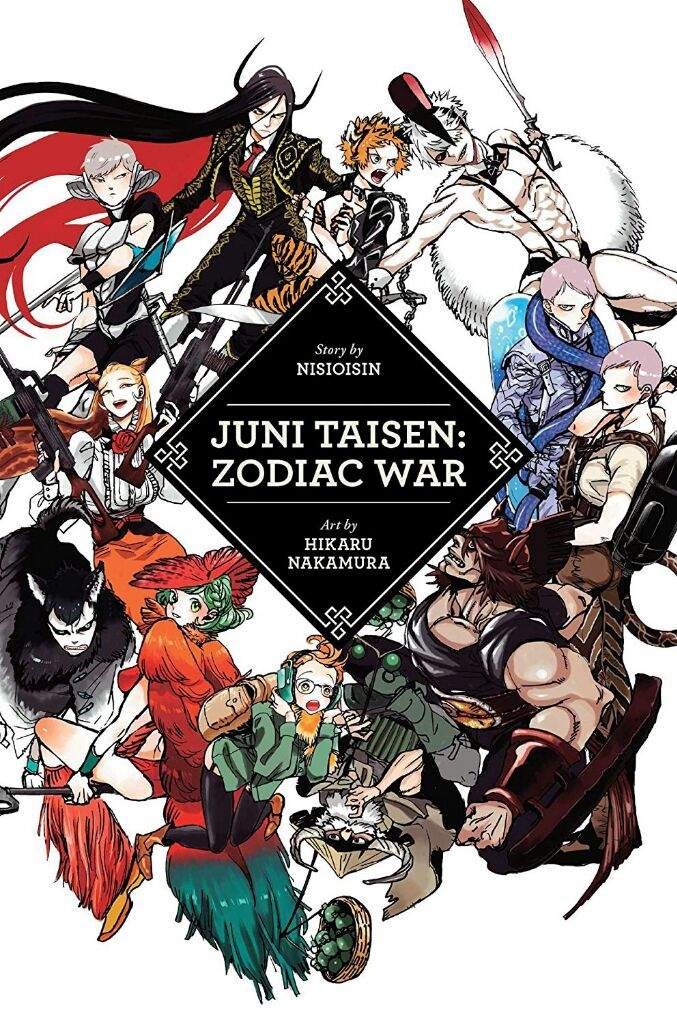 
Rampage. Weep. Kill. Every 12 years, the 12 signs of the Chinese zodiac take the form of warriors and engage in the ultimate battle royal. They face one another in battles to the death, using all the powers of their star signs, and the sole survivor is granted the ultimate prize—a wish. Any wish. In 2002, NISIOISIN's novel The Beheading Cycle won the 23rd Mephisto Prize and became his debut publication. Among his numerous novels are the Zaregoto series, the Monogatari series, the Densetsu series, and the Bokyaku Tantei series. He also wrote the manga tie-in novel Death Note: Another Note. As a manga writer, he has appeared in the Weekly Shonen Jump magazine with his series Medaka Box-also collected in a 22-volume set-and his Ogiri series of one-shot manga stories have seen the pages of Weekly Shonen Jump, Jump Square, Weekly Young Jump, and Bessatsu Margaret.Born 1984. Illustrator Hikaru Nakamura made her debut in 2001 with her manga Kairi no Sue in the Monthly Gangan Wing magazine. Her other works include Arakawa Under the Bridge, published in Young Gangan, and 2009 Tezuka Osamu Cultural Prize winner Saint Young Men, published in Monthly Morning Two. She previously collaborated with NISIOISIN for his Ogiri series with "The One Wish I Really Want to Come True, and the Ninety-Nine Others I Don't So Much."