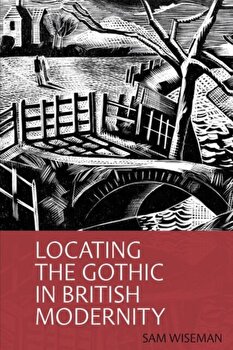 The late-Victorian era has been extensively researched as a period of Gothic literature, and this study seeks to build upon this body of work by connecting the content of such studies to the early decades of the twentieth century, which are less often seen in terms of Gothic or supernatural literature. Beginning with the quintessentially urban Gothic space of fin de si�cle London, as represented in classic texts such as Dracula and Arthur Machen's The Great God Pan, the study proceeds to ask how the themes and energies which emerge in this moment evolve throughout the early twentieth century. In the ghost stories of authors like M.R. James, the Edwardian era witnesses an uncanny return to the rural English landscape, in which modernity encounters the re-emergence of suppressed fears and forces. After World War One, London again experiences a renewal of Gothic themes, with figures such as D.H. Lawrence and T.S. Eliot representing the city as a stricken and desolate space, haunted by the trauma and ghosts of the recent conflict. That legacy of violence and loss is also evident in rural representations of place in the 1920s and 1930s, along with a renewed interest in supernaturalism and paganism found in authors like Sylvia Townsend Warner and Mary Butts. Ultimately, this study argues, this period of dramatic social and cultural change is shadowed by a corresponding evolution in Gothic literary representation, whether that is expressed through modernist experimentation or more conventional narrative forms. About the Author Sam Wiseman is a postdoctoral fellow at the University of Erfurt and will be teaching at the university upon completion of this project. He has recently presented academic papers on M.R. James and Edith Nesbit, and is working on an article that will examine the role of tidal causeways in texts by Angela Carter, Susan Hill and Andrew Michael Hurley.