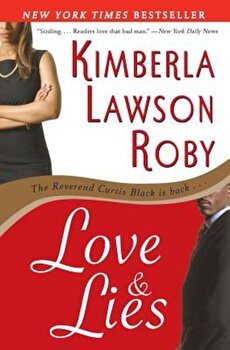 
At long last, the Reverend Curtis Black appears to be on the straight and narrow. The all-too-human preacher is a bestselling author now, and he and his wife, Charlotte, are raising two adorable children. But the ever-suspicious Charlotte doesn't trust that Curtis has put his womanizing past behind him. While he's on the road promoting his latest book, she knows that there needs to be just one extra-devoted fan in his flock for him to stray. Charlotte is no angel herself, and she's been keeping plenty of secrets from Curtis while he's been away. Still, Charlotte believes with all her heart that things will be better once Curtis is home again, although she should be careful what she wishes for since love may not be enough to untangle the web of lies she and Curtis have woven for themselves. And in the end, she'll have some tough decisions to make if she wants to salvage her marriage.

The Rest of Her Life, Paperback/Laura Moriarty

The Full Spectrum: A New Generation of Writing about Gay, Lesbian, Bisexual, Transgender, Questioning, and Other Identities, Paperback/David Levithan

The Last Summer (of You and Me), Paperback/Ann Brashares

Clothes On Their Backs, Paperback/Linda Grant

The Rise of the Resistance: Phoenix One, Paperback/Jackie D

Chasing Kismet: The Journey of an Indo-Canadian Girl Who Sets Out to Discover Her Roots, But Becomes Uprooted Instead, Paperback/Amrita Lit