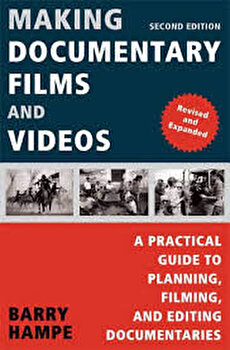 
The classic guide to making documentaries, now revised and expanded for today's filmmaker The second edition of Making Documentary Films and Videos fully updates the popular guidebook that has given readers around the world the knowledge and confidence to produce their first documentary film. It traces two main approaches--recording behavior and re-creating past events--and shows you how to be successful at each. Covering all the steps from concept to completion, with chapters on visual evidence; documentary ethics; writing for documentaries; budgeting; assembling a crew; film and sound recording; casting and directing actors and nonactors; and editing for the audience, this book can help you successfully bring to life the documentary you want to make. The second edition includes - a discussion of truth, "reality," and honesty in the current filmmaking environment - new advice on how to get started in documentary filmmaking - an expanded section on researching and writing the proposal, treatment, and script - an exhaustive list of resources

The Platinum Age of Television: From I Love Lucy to the Walking Dead, How TV Became Terrific, Paperback/David Bianculli

I Like You Just the Way I Am, Paperback/Jenny Mollen

The Everything Home Recording Book: From 4-Track to Digital--All You Need to Make Your Musical Dreams a Reality/Marc Schonbrun

Alfred Hitchcock and the Making of Psycho, Paperback/Stephen Rebello

Forever Liesl: A Memoir of the Sound of Music, Paperback/Charmian Carr

Kindness and Wonder: Why Mister Rogers Matters Now More Than Ever, Hardcover/Gavin Edwards

Do Story: How to Tell Your Story So the World Listens., Paperback/Bobette Buster

Going Viral: Zombies, Viruses, and the End of the World, Paperback/Dahlia Schweitzer

Christian Bale: The Inside Story of the Darkest Batman/Harrison Cheung

Midnight at the Crossroads: Has Belly Dance Sold Its Soul', Paperback/Alia Thabit

One Patch of Blue/Marthe Jocelyn