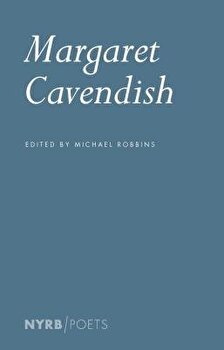 Description An eclectic collection of poetry by one of 17th century England's boldest, smartest, and independent women. Margaret Cavendish, the Duchess of Newcastle-upon-Tyne, was a groundbreaking writer--a utopian visionary, a scientist, a science-fiction pioneer. She moved in philosophical circles that included Thomas Hobbes and Ren Descartes, and she produced startlingly modern poems unlike anything published in the seventeenth century or since, at once scientific and visionary, full of feminist passion and deep sympathy with the nonhuman world. In recent years, Cavendish has found many new admirers, and this selection of her verse by Michael Robbins is an ideal introduction to her singular poetic world. About the Author Margaret Cavendish (1623-1673) was the most prolific woman writer of the Restoration. Born in Essex into a wealthy but untitled family, in 1643 she became maid of honor to Queen Henrietta Maria. At the outbreak of the First English Civil War, Margaret accompanied the queen in her exile to France; in Paris she met William Cavendish, First Duke of Newcastle, and the two were married in 1645. While the couple lived on the Continent--in Paris, Rotterdam, and Antwerp--Margaret began writing poetry and philosophical essays, and on a visit back to England to petition for her husband's estate, she published Poems, and Fancies (1651) and Philosophicall Fancies (1653). A fashionable eccentric, for the next two decades she wrote poems, stories, plays, romances, biographies, memoirs, natural philosophy, scientific treatises, and, with Description of a New World, Called the Blazing World (1666), one of the earliest works of science fiction. In 1667, she was the first woman invited to attend a meeting of the Royal Society of London. After her death, her husband published a collection of pieces that had been written in her praise, Letters and Poems in Honour of the Incomparable Princess, Margaret, Duchess of Newcastle . Michael Robbins is the author of two books of poetry and the essay collection Equipment for Living: On Poetry and Pop Music . His work has appeared in The New Yorker , The Paris Review , Harper's , Bookforum , The Nation , and several other publications. He is an assistant professor of English and creative writing at Montclair State University.