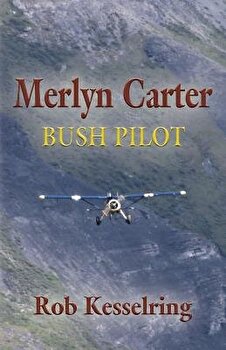 
Merlyn Carter Bush Pilot is a rollicking read about an uncommon man in an uncommon place at an uncommon time. Before civilization came to Canada's Northwest Territories, bush pilots rescued the injured, brought in prospectors, and hauled cargo. As a teen, Merlyn piloted a military surplus bomber overloaded with Great Slave Lake whitefish across that wilderness, sometimes in 50-below cold. He flew over trackless forest and tundra with a hand-drawn map. Over the decades, his planes crashed into trees, broke through lake ice, twice flipped and once exploded. Merlyn always walked away. While some called him lucky, many called Merlyn their best friend until a June day in 2005 when he lost a battle to the claws and jaws of a bear.