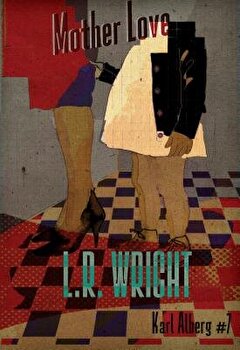 There is a murder here, no question, but readers craving a whodunit should look elsewhere: The real mystery is why Maria, a pleasant, placid housewife, abandoned her family for seven years. Who was sending her money and photographs of her daughter all that time? And why did Maria come home? These questions are nagging at Sergeant Karl Alberg, even as Cassandra Mitchell, Alberg's longtime companion, is doing some nagging of her own - he had promised, after all, to hang up his policeman's hat. As always in this series, the great pleasure is in the intricate interplay of the personalities, especially nuanced in Mother Love. Not surprisingly, the book won Wright her second Arthur Ellis award for Best Novel of the Year, and was the first mystery novel ever to win the Canadian Authors' Association Literary Prize for Fiction. About the Author: L.R. Wright worked as a reporter and a columnist until turning to freelance writing full time. She published her first novel, Neighbours, in 1979 and two more in the next five years before turning to the mystery genre. Her first mystery novel, The Suspect, won the 1986 Edgar Award for Best Novel, beating out entries by Simon Brett, Ruth Rendell, and Paul Auster. She went on to write eight more novels in the Karl Alberg series between 1986 and 1997.