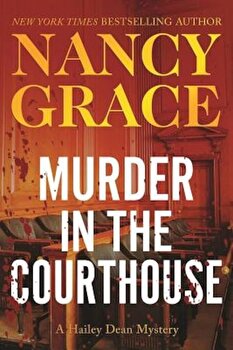 Hailey Dean, the prosecutor who never lost a case, jets to Savannah as an expert witness on the sensational Julie Love-Adams murder trial but very quickly finds herself embroiled in a deadly mystery. As soon as she touches down, Hailey bumps into her old partner, crime investigator Garland Fincher. Leaving the Savannah airport, the two hear an APB on a murder that's just been committed. Racing to the scene, they find Alton Turner, a courthouse sheriff known for crossing t's and dotting i's. The mild-mannered paperpusher is prone to extreme tidiness, but he's a hot mess now . . . sprawled dead in a pool of blood, severed in half by a garage door. Never one to stay in the background, Hailey jump-starts Turner's murder investigation while juggling the Julie Love-Adams trial. The timing of the trial and murder could be a coincidence, but everyone knows there are no coincidences in criminal law. And that's just the beginning. Courthouse regulars start dropping dead one by one . . . but why? While Lt. Billings is falling hard for Hailey, she digs in to find a killer with a mysterious agenda . . . as it becomes deathly apparent the next murder victim may very well be Hailey herself. It's crime sleuth Hailey Dean at her best