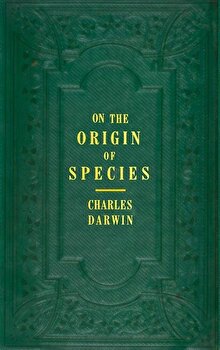 On the Origin of Species, Hardcover/Charles Darwin


Description An instant bestseller in 1859, few books have had such a revolutionary impact and left such a lasting impression as On the Origin of Species . Possibly the most important and challenging scientific book ever published, Darwin's language remains surprisingly modern and direct. It is presented here in a faithful yet generously detailed facsimile edition. The text is taken from the second edition (1860), which incorporated some minor corrections but is otherwise the purest distillation of Darwin's original vision. It includes a new foreword as well as an introductory appendix, An Historical Sketch of the Recent Progress of Opinion on the Origin, taken from the third edition (1861). About the Author Charles Robert Darwin (1809 -1882) was an English naturalist, geologist, and biologist. For his pioneering theory of evolution he is celebrated as one the greatest British scientists who ever lived. David Williams is a Researcher at the Natural History Museum.