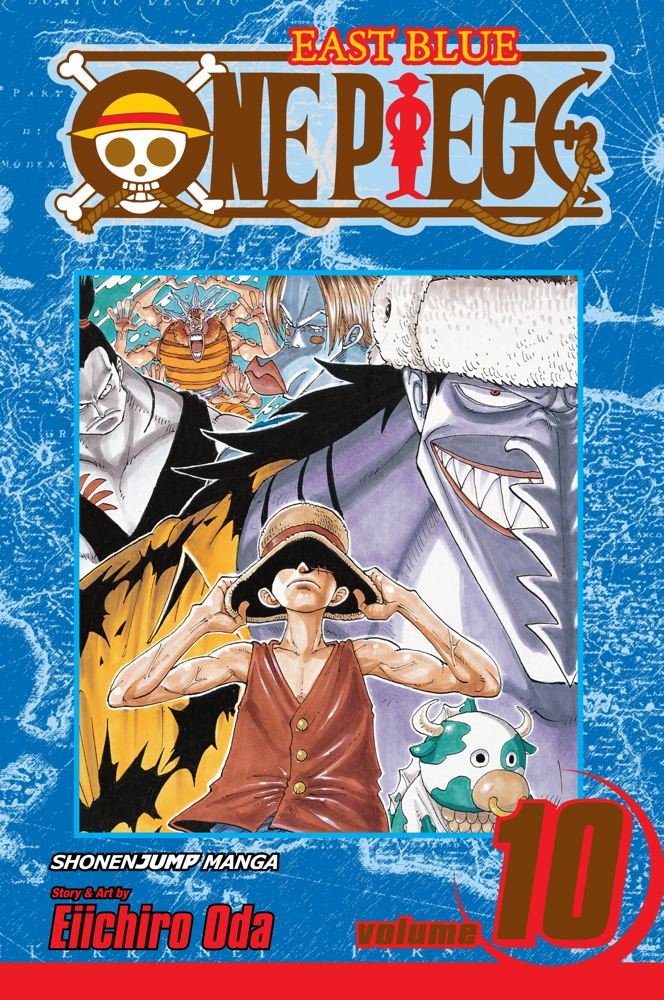 
As a child, Luffy was inspired to become a pirate by listening to the tales of the buccaneer "Red-Haired" Shanks. Now, Luffy is grown up and sets out to sea in a rowboat, in search of "One Piece," the greatest treasure in the world! But is Roronoa Zoro, the "pirate hunter," a friend or a foe?Luffy's navigator, Nami, has been working all along for "Saw-Tooth" Arlong to steal enough treasure to buy back her village. In return, the pirate has handed over her fortune to the Navy! Now Luffy and his crew prepare to risk their lives for Nami's sake against their most ruthless opponent yet.