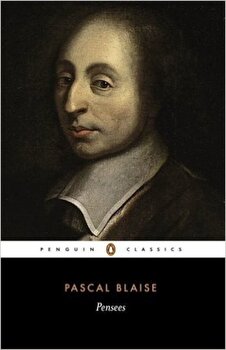 
Blaise Pascal, the precociously brilliant contemporary of Descartes, was a gifted mathematician and physicist, but it is his unfinished apologia for the Christian religion upon which his reputation now rests. The Penseés is a collection of philosophical fragments, notes and essays in which Pascal explores the contradictions of human nature in psychological, social, metaphysical and-above all-theological terms. Mankind emerges from Pascal's analysis as a wretched and desolate creature within an impersonal universe, but who can be transformed through faith in God's grace. This masterly translation conveys Pascal's disarmingly personal tone and captures all the fire and passion of the original. Also contained in this volume are a comparison between different editions, appendices and a bibliography.