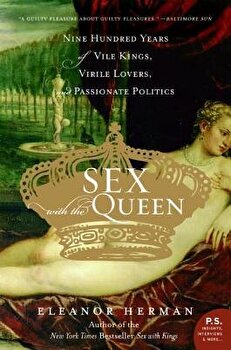 In royal courts bristling with testosterone--swashbuckling generals, polished courtiers, and virile cardinals--how did repressed regal ladies find happiness? Anne Boleyn flirted with courtiers; Catherine Howard slept with one. Henry VIII had both of them beheaded. Catherine the Great had her idiot husband murdered and ruled the Russian empire with a long list of sexy young favorites. Marie Antoinette fell in love with the handsome Swedish count Axel Fersen, who tried valiantly to rescue her from the guillotine. Princess Diana gave up her palace bodyguard to enjoy countless love affairs, which tragically led to her early death. In this impeccably researched, scandalously readable follow-up to her New York Times bestseller Sex with Kings , Eleanor Herman reveals the truth about what has historically gone on behind the closed door of the queen's boudoir.