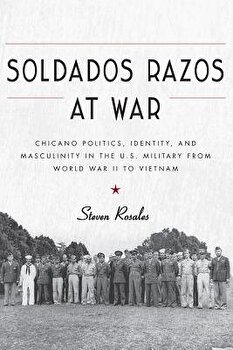 
What were the catalysts that motivated Mexican American youth to enlist or readily accept their draft notices in World War II, Korea, or Vietnam? In Soldados Razos at War , historian and veteran Steven Rosales chronicles the experiences of Chicano servicemen who fought for the United States, explaining why these men served, how they served, and the impact of their service on their identity and political consciousness. As a social space imbued with its own martial and masculine ethos, the U.S. military offers an ideal way to study the aspirations and behaviors that carried over into the civilian lives of these young men. A tradition of martial citizenship forms the core of the book. Using rich oral histories and archival research, Rosales investigates the military's transformative potential with a particular focus on socioeconomic mobility, masculinity, and postwar political activism across three generations. The national collective effort characteristic of World War II and Korea differed sharply from the highly divisive nature of American involvement in Vietnam. Thus, for Mexican Americans, military service produced a wide range of ideological reactions, with the ideals of each often in opposition to the others. Yet a critical thread connecting these diverse outcomes was a redefined sense of self and a willingness to engage in individual and collective action to secure first-class citizenship. About the Author: Steven Rosales is an assistant professor in the History Department at the University of Arkansas.