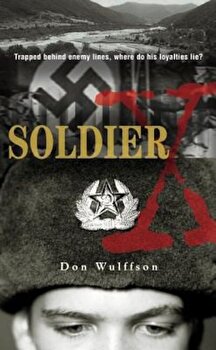 
Sixteen-year-old Erik Brandt barely knows what Germany is fighting for when he is drafted into Hitler's army in 1944. Sent to the killing fields of the Eastern Front, he is surrounded by unimaginable sights, more horrific than he ever thought possible. It's kill or be killed, and it seems clear that Erik's days are numbered. Until, covered in blood and seriously injured, he conceives of another way to survive. Filled with gritty and visceral detail, Soldier X will change the way every reader thinks about the reality of war.