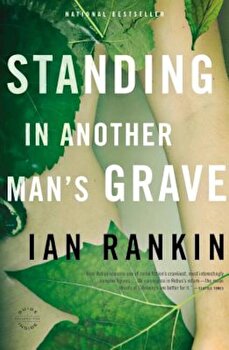 "Thrilling...Rebus returns-and welcome." (Kirkus Reviews) For more than ten years, Nina Hazlitt feared the worst about her daughter's disappearance. The police investigation ground to a halt long ago, and her pleas to the cold case department go unheard. Until she meets the newest member of the team: former Detective John Rebus. Two more women have gone missing from the same road where Sally Hazlitt was last seen, and Rebus senses a connection. But pursuing it leads him into the crosshairs of adversaries both old and new. Rebus may have missed the thrill of the hunt, but he's up against a powerful enemy who's got even less to lose. STANDING IN ANOTHER MAN'S GRAVE is the triumphant return of John Rebus and a riveting story of sin, redemption, and revenge.