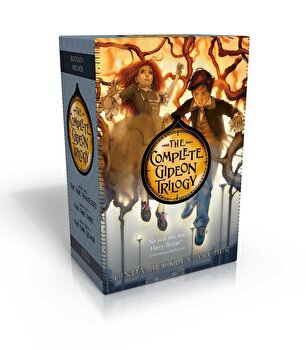 
Contributor(s): Author: Linda Buckley-Archer Time travel to eighteenth-century London in this complete trilogy of what Entertainment Weekly calls "a rollicking historical adventure," now available as a collectible boxed set. Time itself is splintering. It turns out that traveling through time has catastrophic consequences, but in 1763 London, Lord Luxon only has eyes for time travel's awesome possibilities. He has his sights set on capturing the prize of America, and he abducts Peter and Kate from the present day in order to enact to his plan. Suddenly in another century, Peter and Kate begin to understand that history has arrived at its tipping point. And as they pursue their nemesis through the dark streets of eighteenth-century London, they realize that a monster may hold the fate of the world in his hands. Ideal for fans of J.K. Rowling and with the lively thrills of Quantum Leap and Back to the Future , this boxed set includes paperback editions of The Time Travelers , The Time Thief , and The Time Quake .