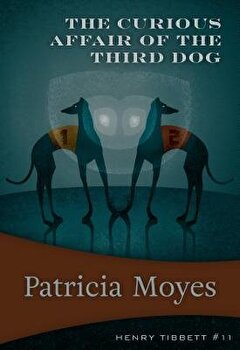 Description One of the oddities of Golden Age fiction was its fixation on the occult and the generally weird - ancient gypsy curses, haunted burial grounds &c. It therefore something of a relief to settle in with the refreshingly literal Ms. Moyes: When a title refers to a third dog, we are not talking about some metaphysical barking: There were three dogs and now one is missing. Up in arms about this is Emmy Tibbet's sister Jane, a stalwart of the animal-rights movement and a trial to the other locals, who are a lot more concerned with the fact that one of their number has recently been hauled off to prison for the minor crime of having killed someone while drunk. Happily, Henry Tibbets soon shows up to connect the two and restore order to the village....though not before being forced to dress in drag. About the Author Patricia Moyes (1923-2000) was a British mystery writer best known for her "Henry Tibbet" series of old-fashioned mysteries. During WWII Moyes joined the Royal Air Force and became a radar operator and flight officer. Subsequently, she worked as assistant to actor and director Peter Ustinov, with whom she collaborated on a film script. She also spent some years as assistant editor for British Vogue. A cat lover, Moyes wrote two books about cats.