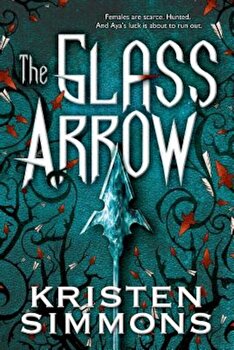 "Like The Handmaid's Tale , Simmons's book serves as essential commentary on women's rights."-- Cosmopolitan.com Once there was a time when men and women lived as equals, when girl babies were valued, and women could belong only to themselves. But that was ten generations ago. Now women are property, to be sold and owned and bred, while a strict census keeps their numbers manageable and under control. The best any girl can hope for is to end up as some man's forever wife, but most are simply sold and resold until they're all used up. Only in the wilderness, away from the city, can true freedom be found. Aya has spent her whole life in the mountains, looking out for her family and hiding from the world, until the day the Trackers finally catch her. Stolen from her home, and being groomed for auction, Aya is desperate to escape her fate and return to her family, but her only allies are a loyal wolf she's raised from a pup and a strange mute boy who may be her best hope for freedom . . . if she can truly trust him. The Glass Arrow: a haunting, yet hopeful, new novel from Kristen Simmons, the author of the popular Article 5 trilogy.