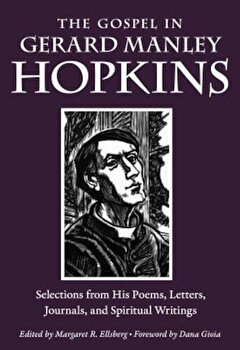 
How did a Catholic priest who died a failure become one of the world's greatest poets? Discover in his own words the struggle for faith that gave birth to some of the best spiritual poetry of all time. Gerard Manley Hopkins deserves his place among the greatest poets in the English language. He ranks seventh among the most frequently reprinted English-language poets, surpassed only by Shakespeare, Donne, Blake, Dickinson, Yeats, and Wordsworth. Yet when the English Jesuit priest died of typhoid fever at age forty-four, he considered his life a failure. He never would have suspected that his poems, which would not be published for another twenty-nine years, would eventually change the course of modern poetry and influence such poets as W. H. Auden, Dylan Thomas, Robert Lowell, John Berryman, Geoffrey Hill, and Seamus Heaney. Like his contemporaries Walt Whitman and Emily Dickinson, Hopkins revolutionized poetic language. And yet we love Hopkins not only for his literary genius but for the hard-won faith that finds expression in his verse. Who else has captured the thunderous voice of God and the grandeur of his creation on the written page as Hopkins has? Seamlessly weaving together selections from Hopkins's poems, letters, journals, and sermons, Peggy Ellsberg lets the poet tell the story of a life-long struggle with faith that gave birth to some of the best poetry of all time. Even readers who spurn religious language will find in Hopkins a refreshing, liberating way to see God's hand at work in the world.

Spoken from the Heart, Hardcover/Laura Bush

Everybody's Got Something, Paperback/Robin Roberts

Death in the City of Light: The Serial Killer of Nazi-Occupied Paris, Paperback/David King

Sum It Up: 1098, a Couple of Irrelevant Losses, and a Life in Perspective, Paperback/Pat Head Summitt

Nightingale Tales: Stories from My Life as a Nurse, Paperback/Lynn Dow RN

Kennedy and King: The President, the Pastor, and the Battle Over Civil Rights, Paperback/Steven Levingston

Singing in the Wilderness, Paperback/Luana Stoltenberg

Life Would Be Perfect If I Lived in That House, Paperback/Meghan Daum

The Woman Who Fooled the World: Belle Gibson's Cancer Con, and the Darkness at the Heart of the Wellness Industry, Paperback/Beau Donelly

My Grandfather Would Have Shot Me: A Black Woman Discovers Her Family's Nazi Past, Paperback/Jennifer Teege

A Woman Looking at Men Looking at Women: Essays on Art, Sex, and the Mind, Paperback/Siri Hustvedt

The Hard Way on Purpose: Essays and Dispatches from the Rust Belt, Paperback/David Giffels

The First Muslim: The Story of Muhammad, Paperback/Lesley Hazleton