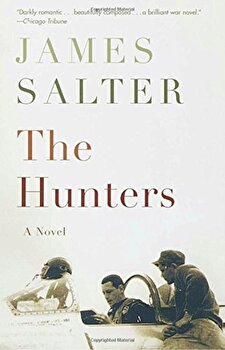 
With his stirring, rapturous first novel--originally published in 1956 --James Salter established himself as the most electrifying prose stylist since Hemingway. Four decades later, it is clear that he also fashioned the most enduring fiction ever about aerial warfare. Captain Cleve Connell arrives in Korea with a single goal: to become an ace, one of that elite fraternity of jet pilots who have downed five MIGs. But as his fellow airmen rack up kill after kill--sometimes under dubious circumstances--Cleve's luck runs bad. Other pilots question his guts. Cleve comes to question himself. And then in one icy instant 40,000 feet above the Yalu River, his luck changes forever. Filled with courage and despair, eerie beauty and corrosive rivalry, The Hunters is a landmark in the literature of war.