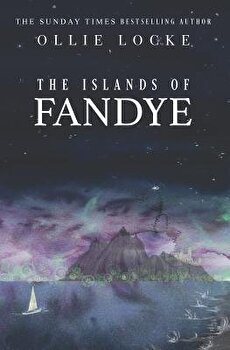 Description On the 21st of January 2006, a twelve-year-old girl called Antigone was astonished when she spotted a whale in the river Thames outside her house on Cheyne Walk in London.Later that evening the little girl travelled to Cornwall to stay with her aunt in a tiny castle overlooking the sea. While exploring the beach, she found a bronze lantern rolling in the waves, which she took back to her bedroom. That night she was awoken by hundreds of multi-coloured lights, darting around her room, and far off, over the sea, on the horizon.Mesmerised, the little girl headed out into the night where she found a small boat on the rocks below. She set sail for the lights and embarked on an epic adventure that was to be nothing short of extraordinary. For that night, Antigone crossed over the horizon to a land kept secret from the human world; an archipelago of magical islands beyond your wildest dreams, where unbelievable creatures live and wishes can come true... Antigone had entered the Islands of Fandye.