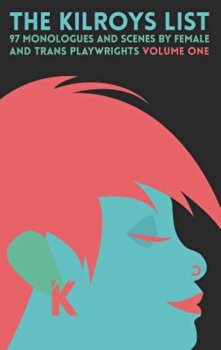 The Kilroys List: 97 Monologues and Scenes by Female and Trans Playwrights, Paperback/The Kilroys


"The superheroines of the theater are back--and better and bolder than ever."-- Backstage "These plays have been developed and vetted for artistic excellence; they just happen to possess the added bonus of representing a voice that's currently being underproduced. It's part of a larger movement to say: There's an embarrassment of riches here."-- Sheila Callaghan for the Kilroys Not your typical book of monologues, this new collection embodies the mission of the Kilroys, an advocacy group founded in 2013 to raise awareness for the underutilized work of female and trans* playwrights. The collection is comprised of ninety-nine monologues, each from a different play off "The List" from 2014 and 2015, featuring the most unproduced (or under-produced), yet highest-recommended, plays by women in the United States. The monologues selected for this volume serve to highlight the talents of these writers in a wide array of pieces that vary in genre, style, and gender. As it says on their website, the Kilroys "Make Trouble and Plays." The Kilroys are a gang of playwrights and producers in Los Angeles, California, who advocate for the visibility of women playwrights in theatre. Founded in 2013, the Kilroys are named after the iconic graffiti tag "Kilroy Was Here" that was first left by WWII soldiers in unexpected places, a playfully subversive way of making their presence known. The members include Zakiyyah Alexander, Bekah Brunstetter, Sheila Callaghan, Carla Ching, Annah Feinberg, Sarah Gubbins, Laura Jacqmin, Joy Meads, Kelly Miller, Meg Miroshnik, Daria Polatin, Tanya Saracho, and Marisa Wegrzyn.

The Kilroys List: 97 Monologues and Scenes by Female and Trans Playwrights, Paperback/The Kilroys 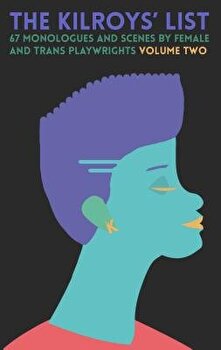