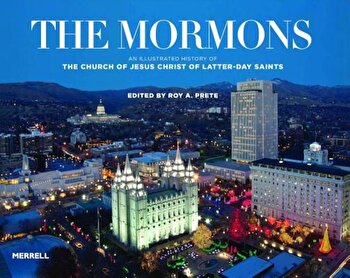 The Mormons: An Illustrated History of the Church of Jesus Christ of Latter-Day Saints, Hardcover/Roy A. Prete


From its establishment in 1830 in New York State, The Church of Jesus Christ of Latter-day Saints has grown to be a world religion with almost 15 million members in 150 countries. Mormons are so called on account of their belief in the Book of Mormon, which tells the story of the ancient people of America. The Mormons is the only illustrated of its kind, and traces the faith from its foundation by Joseph Smith and the early days of intense persecution to the building of Salt Lake City under the leadership of Brigham Young and the massive expansion of the Church in the second half of the twentieth century. The book offers perspectives on the Church's core values by those who practice the faith every day. Contributions from a range of Mormon experts consider a variety of topics - including the origins of the religion, its phenomenal success in recent decades as the Church has become increasingly international, its relationship to other churches, and the lifestyle of its members - making this the perfect introduction to Mormonism, one of the fastest-growing Christian churches in the world.