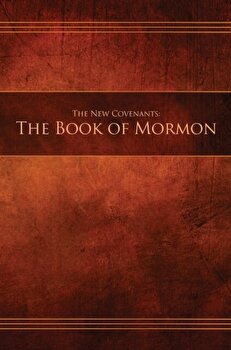 
The Book of Mormon is a sacred text to millions worldwide. This Restoration Edition is the most accurate version ever printed, and is remarkable among Christian books both for what it is and what it is not. Like the Bible, it makes the case for Christ as the long-awaited Messiah, Savior and Redeemer of the world. Unlike other scripture that descended through thousands of years of scribal copying, alterations and error, the Book of Mormon was translated only once, directly from the original written manuscripts recorded between 600 BC and 400 AD. It is the record of a first-temple period Jewish family that fled Jerusalem just prior to the Babylonian destruction. They brought with them a pure copy of the earliest Jewish records, including the un-redacted and clear teaching of a coming Messiah. The family crossed the ocean and made their way to ancient America, where their descendants continued the record, which includes information about their worship, doctrines, practices, and beliefs, and culminates with the visit of the resurrected Jesus Christ to their people. They continued the record for another 400 years until their civilization crumbled and their last prophet buried the record in what later became upstate New York. A spiritual seeker named Joseph Smith was led to the buried records in 1823. Thereafter he sought and received the ability to translate the records by the gift and power of God. He published the resulting work as the Book of Mormon in 1830. Since then, many churches have claimed the book as scripture, but largely neglected it and treated it as a book of stories for young readers. The Book of Mormon is not the property of any particular church or denomination. Rather, it is a gift tothe world, inviting all to come unto Christ, and teaching the path back to His presence. This volume is the most accurate version of the Book of Mormon ever produced. The text was compiled using all available original manuscripts, together with Joseph Smith's verbal and written statements and corrections and every version printed under his direction while he was alive. Versification has been replaced by paragraphs and punctuation more true to the original. The six (6) total books comprising the Restoration Edition of the scriptures include: VOLUME 1: THE OLD COVENANTS Part 1: The Old Testament, Genesis - 1 Chronicles Part 2: The Old Testament, 2 Chronicles - Malachi VOLUME 2: THE NEW COVENANTS Book 1: The New Testament Book 2: The Book of Mormon VOLUME 3: TEACHINGS & COMMANDMENTS Book 1: Teachings & Commandments Book 2: A Glossary of Gospel Terms This is Book 2 of Volume 2: The New Covenants. When combined with Book 1, The New Testament, these constitute a single volume which accurately reflect the covenants that were established by Jesus Christ at Jerusalem as recorded in the New Testament, as well as in the New World at Bountiful, in the Americas. The Book of Mormon is a rich source of doctrine, inspiration, revelation and knowledge of Jesus Christ, his infinite atonement, and the salvation he offers all humankind. A few of the many topics the Book of Mormon covers include: religion and spirituality, inspiration, the bible and other sacred texts, women, men, historic and current Christian denominations and sects, comparative religious studies, worship and devotion, christian living and study, churches and church leadership, history, literature, ministry and evangelism, Protestantism, and theology. Other reference editions, including the Maxwell Institute study edition, and others commonly found in Mormonism, are incomplete when compared with this comprehensive Restoration Edition. Any serious student of Jesus Christ and sacred scripture must read this book.