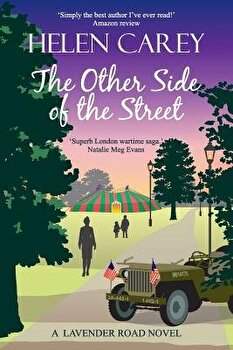 The Other Side of the Street, Paperback/Helen Carey


Description It's January 1944. The British are weary of air raids and rationing. But now there are rumours of an Allied invasion of France. The tide of the Second World War finally seems to be turning. For the residents of London's Lavender Road, however, the war seems determined to thwart their plans for future happiness. When an attractive American officer arrives at her factory to recruit volunteers for a secret project, Louise Rutherford leaps at the opportunity, but soon discovers that things aren't going to be anywhere near as easy as she thought. Actress Jen Carter's relationship with theatrical producer Henry Keller hits a hurdle when a former boyfriend unexpectedly reappears, and when V1 retaliation rockets start hitting London, even Jen's mother's tentative romantic dreams come under threat.

A Reference to Murder, Paperback/Kym Roberts

Moby-Dick. Or, the Whale, Hardback/Herman Melville