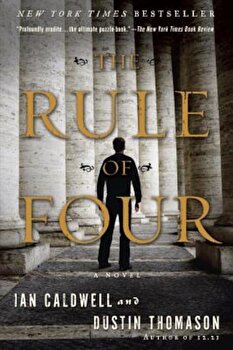 One part The Da Vinci Code, one part The Name of the Rose and one part A Separate Peace . . . a smart, swift, multitextured tale that both entertains and informs. San Francisco Chronicle NEW YORK TIMES BESTSELLER Princeton. Good Friday, 1999. On the eve of graduation, two friends are a hairsbreadth from solving the mysteries of the Hypnerotomachia Poliphili, a Renaissance text that has baffled scholars for centuries. Famous for its hypnotic power over those who study it, the five-hundred-year-old Hypnerotomachia may finally reveal its secrets to Tom Sullivan, whose father was obsessed with the book, and Paul Harris, whose future depends on it. As the deadline looms, research has stalled until a vital clue is unearthed: a long-lost diary that may prove to be the key to deciphering the ancient text. But when a longtime student of the book is murdered just hours later, a chilling cycle of deaths and revelations begins one that will force Tom and Paul into a fiery drama, spun from a book whose power and meaning have long been misunderstood. Profoundly erudite . . . the ultimate puzzle-book. The New York Times Book Review "