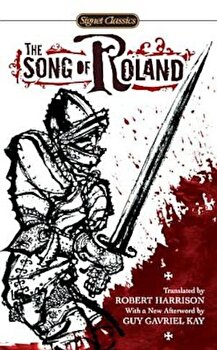 The Song of Roland, Paperback/Robert Harrison

One of the crowning achievements of medieval artistic genius, The Song of Roland tells the story of the battle of Roncesvals in 778. At the center of this heroic epic is Roland, the supreme embodiment of the chivalric ideal who leads his men into combat and fights valiantly to the death. As Robert Harrison, the translator of this acclaimed edition, explains, "The carefully balanced structure of The Song of Roland is designed like a folding mirror to reflect the battle between Good and Evil at all levels of meaning."