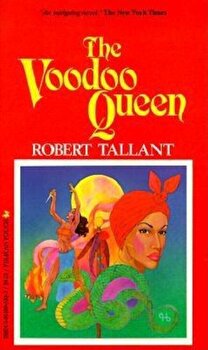 
Witch? Sorceress? Daughter of Satan? Thief? Saint? Born in 1794, Marie Laveau reigned as the undisputed Queen of the Voodoos for nearly a century. Her beauty and powers were legendary, and caused her to be the subject of wild gossip throughout her life. She passed on her secrets to a favorite daughter, who helped her dominate the underworld of voodoo in New Orleans. ``It is an absorbing tale, and the emotional undertones, the conflicts in her human relations, the overwhelming loneliness of her position, all come through the story of a strange life.`` Kirkus Reviews ``The author creates a vivid, haunting atmosphere, which (like Marie's arts) holds the reader in spell. . . . an intriguing novel that is competently mounted and exceedingly well executed.`` New York Times