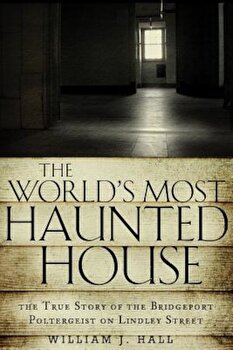 
""The World's Most Haunted House" is a thrilling and authentic account of one of the most terrifying and well-documented poltergeist hauntings of modern times. I found this book to be fascinating and comprehensive. It should be required reading for anyone with a serious interest in these bizarre paranormal disturbances--but read it with the lights on " --Dr. Andrew Nichols, director, American Institute of Parapsychology ""The World's Most Haunted House" grabbed me from the beginning... it is a page turner. This work is a contribution to the nonfiction paranormal genre and one that needs to be read." --Edwin F. Becker, author of True Haunting "As an eyewitness to the Lindley Street case, I have been very impressed by the author's painstaking research and his determination to hunt down the facts of this case. Bill Hall is one of the few to get it right " --Paul F. Eno, award-winning journalist and cohost of CBS Radio's Behind the Paranormal with Paul and Ben Eno In this unprecedented work, the story of the 1974 Bridgeport, Connecticut poltergeist is at last revealed. A crowd of more than 2,000 onlookers gathered. National media reported jumping furniture, floating refrigerators, and attacking entities. Decades after the publicity quieted, more than 40 hours of never-before-released interviews with police officers, firefighters, and others tell the story as it actually unfolded: Relive the experience, the terror, the rampant emotions, and the unexplainable events that took place in that house as they happened. Have access to revealing excerpts from actual interviews, police reports, and rare documents. Access unreleased audio, poltergeist sounds, and an old radio broadcast. Return to 1974 and feel the Lindley Street experience from the inside. Find out why it is deemed the haunting that should have brought the paranormal into mainstream science.