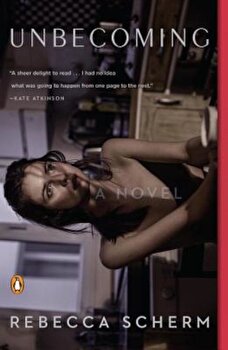 EDGAR AWARD NOMINEE FOR BEST FIRST NOVEL "Startlingly inventive." -- The New York Times Book Review A highly praised debut novel of psychological suspense about a daring art heist, a cat-and-mouse waiting game, and a small-town girl's mesmerizing transformation On the grubby outskirts of Paris, Grace restores bric-a-brac, mends teapots, and resets gems. She calls herself Julie, says she's from California, and slips back to a rented room at night. In truth, home is Garland, Tennessee, where two young men have just been paroled. Both were jailed for a crime that Grace planned. The heist went bad--but not before she was on a plane to Prague, contraband in her bag. As Grace's web of deception unravels, she begins a cat-and-mouse game that echoes the best of Alfred Hitchcock and Patricia Highsmith and is sure to appeal to fans of The Girl on the Train.