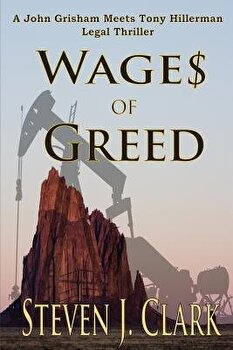 
Description This John Grisham meets Tony Hillerman-style legal thriller, set in and around the vast Navajo reservation in the American Southwest, is fiction that became fact even as the author was writing it. Danny Whitehorse, a struggling attorney from Farmington, NM suddenly finds his tiny law office inundated with hundreds of clients from the reservation, none of whom can pay his fees. They all have the same complaint. Gannon Oil Company, the area's largest employer, has suddenly stopped paying monthly royalties on natural gas wells drilled on their tribal allotment lands. Gannon claims the wells have gone dry, but Danny suspects they are still in production. All he has to do is prove it. Meanwhile, the well shutdown has spawned the creation of a potentially dangerous para-military group on the reservation calling itself the NALM. Their objective, get the wells turned back on immediatly, or rid the reservation of them completely. When the NALM sabotages a Gannon well, Danny is forced to file a class-action lawsuit against the company to try and head off any further explosions. It is an act that rings the very bells of hell against him. He is attacked and pursued all across the Four Corners area by Gannon henchmen. Danny quickly determines that his greatest challenge will not be to win his lawsuit, but simply to stay alive long enough to get it to the courthouse. About the Author Steven J. Clark is the Award-winning author who's debut novel, All The Pretty Dresses, released in February, 2014, was a top ten finisher in the International Critique My Novel book competition. Clark is a former businessman and editor and publisher of a national trade newspaper for the manufactured housing industry. He resides in a beautiful mountain valley in Central Utah with his wife, Lauri, a large, white dog named Casper, eight chickens, and four cats who rarely get to come in the house.

Winter of the Wolves, Paperback/Jackie Clay

Book of Remembrance: A Story That Is Told/Leonard Arthur Declue

Build Yourself a Boat, Hardcover/Camonghne Felix