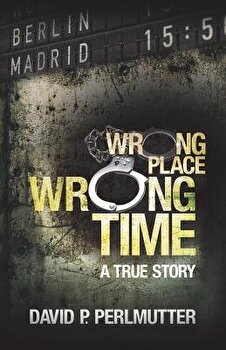 
Description A London estate agent finds himself on the wrong side of the law one night, leading to the loss of his driving licence, his job and his home. He decides to visit Spain for a change of scenery but gets more than he bargains for when before long, misfortune, circumstance and a degree of stupidity land him in more trouble than that which brought about his downfall back home. One night in Marbella, armed with more Dutch courage than common sense, he rescues two people from a burning hotel, but in the process is falsely accused of arson and manslaughter and thrown in a Spanish jail. 'Aided' by a UK tabloid journalist, whose sole objective is to create shock headlines, David's gripping real life account has had readers leaving 5* reviews on Amazon in their hundreds. ***** Story sinks its claws into you and doesn't let go. ***** Read many books, but this one tops the lot ***** Best book I've read in a very long time ***** It should be a movie ***** I'm reading it for the third time, it's that good About the Author David P Perlmutter lives in Hertfordshire, is the proud father of four children and has one grandson. David is very close to his large family. He is also a Campaigns Ambassador for Cancer Research UK. David's second novel Five Weeks catalogues a trip during which he was almost left for dead in a Pennsylvanian wood.

Everything You Know About the Human Body is Wrong | Matt Brown

Expecting Better: Why the Conventional Pregnancy Wisdom is Wrong and What You Really Need to Know