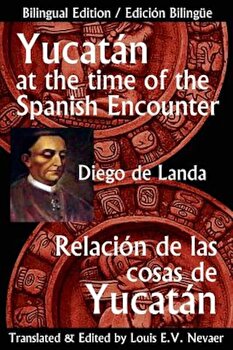 
In an ambitious new translation of Diego de Landa's Account of the Things of Yucatan (Relacion de las cosas de Yucatan), the editor revises and updates the language for the contemporary reader of English. In the process he captures the narrative power and intensity, the nuances and subtleties of meaning and the emotions of Landa's history of Yucatan at the time of Spanish arrival, conquest, and settlement of the peninsula. Landa's observations speak of his intellectual curiosity about and of his respect for the First Peoples of Yucatan. For instance, he credits the vast architectural legacy, from the pyramids to the monumental ceremonial centers, to the Mayas' ancestors, and not other "nations." At the same time, Landa surmises that the Maya of centuries past were healthier, better fed, and enjoyed a more diverse diet compared to the Maya of his time. This has only recently been confirmed through the analysis of human remains dating back to the Classic Maya period. These intellectual insights, however, stand in sharp contrast with Landa's conviction that the devil visited Yucatan, which led him to establish an Inquisition, for which he was denounced and made to defend himself before the Council of the Indies in Spain. This episode remains arguably the darkest one in Yucatan's post-Hispanic history. These beliefs about the presence of the devil, however, as the Salem witch trials a century later demonstrate, were common throughout the world at the time. Now, for the first time, both a new English-language translation and Landa's original Spanish-language manuscript are published in the same volume, offering readers the opportunity to read the text in both English and Spanish. This is the timeless historical work that constitutes the foundation of our understanding of the ambivalence that characterizes the co-existence of the Maya and Spaniards in Yucatan, an ambivalence that in many ways continues to the present day.