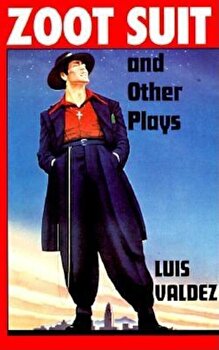 
Drama. Latino American Studies. Luis Valdez is a leading figure in Hispanic theater with outstanding achievements from a variety of venues from flatbed truck and conventional stages to the silver and small screens. With his many successes Valdez has remained a rebel and an innovator, as well as the re-creator of Hispanic traditions. This book contains three of the most important and critically acclaimed Valdez plays. "Zoot Suit" is a play that deals with the infamous "Pachuco Riots" in Los Angeles during World War II, Bandidoexplores the life and legend of the nineteenth-century California social rebel Tiburcio Vasquez, and I Don't Have to Show You No Stinking Badgesexplores media images of Hispanic through a staged recreation of the TV situation comedy genre.

The Risk Theatre Model of Tragedy: Gambling, Drama, and the Unexpected, Hardcover/Edwin Wong

The Chapel of the Thorn: A Dramatic Poem, Paperback/Charles Williams